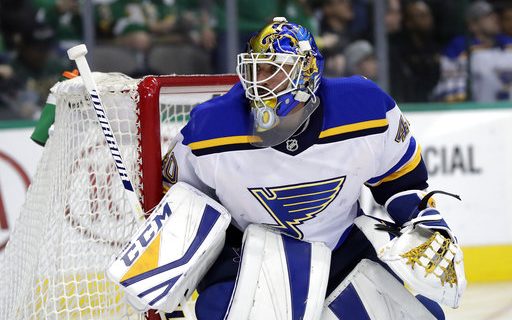 The Sabres have made their first splash into free agency, bringing in veteran goalie Carter Hutton to team up with Linus Ullmark.  Hutton comes from previous stops in Nashville and St. Louis.  Sports humorist Jeff Wozer has uncovered some unknown facts about the Sabres new goaltender.

• Remember Lynda Carter, the first Wonder Woman? He’s not named after her.

• Hopes to trade one of his two last names for one of Josh Allen’s two first names.

• Never joined the NHL until he was 27 because he was busy playing Willie in Duck Dynasty.

• Carter is short for Cartography.

• Annoyed St. Louis locals by referring to its arch as the “Giant Toenail Clipping.”

• When spelled backwards his last name resembles gangster speak for the word “nothing” – nottuh.

• Until last month he thought Jane Goodall was the founder of Gorilla Glue.