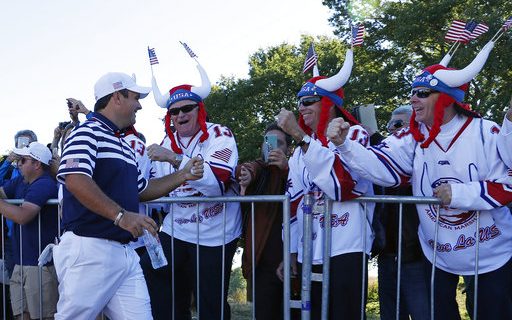 Patrick Reed of the US is greeted by spectators during a practice round for the Ryder Cup at Le Golf National in Saint-Quentin-en-Yvelines, outside Paris, France, Wednesday, Sept. 26, 2018. The 42nd Ryder Cup will be held in France from Sept. 28-30, 2018 at Le Golf National. (AP Photo/Alastair Grant)

The Ryder Cup starts Friday in France. The American team, led by captain Jim Furyk, is looking to defend the Cup.  But in France, there could be some distractions.  Sports humorist Jeff Wozer is worried the American team might not be focused.